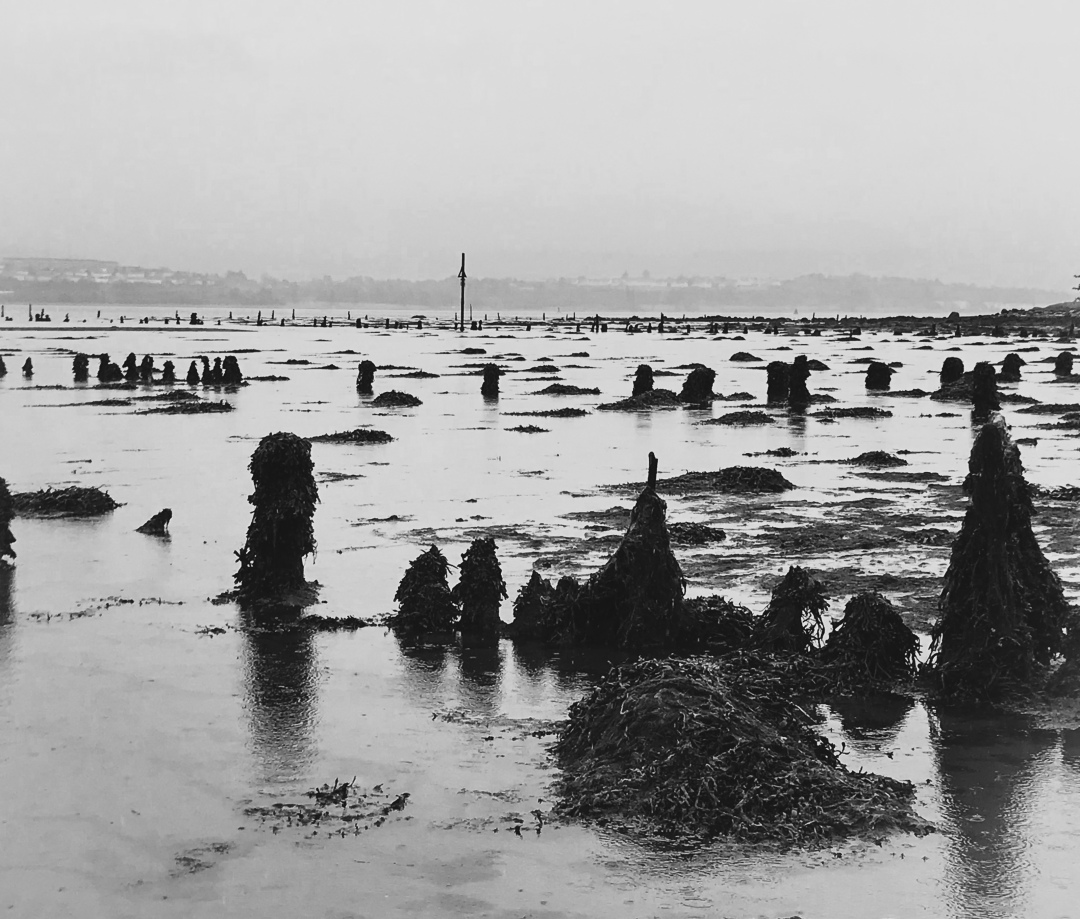 The timber ponds feature in an episode of Britain at Low Tide:

This is a study of intertidal archaeology of remains found in the River Clyde estuary and it’s history leading up to the 19/20th century ship building in the Clyde. Remains of iron age Crannog, Schooners and mud punts are half buried in the intertidal zone, not far from the timber ponds.

The 1707 union between England and Scotland opened up trade with North America and was the birth of the Merchants of Glasgow, the barons of tobacco and sugar who forced development and dredging of the Clyde so their ships could move up river to the city centre instead of unloading in Port Glasgow, by the timber ponds. Part of the trade with north America was in timber, and the ponds kept the timber from drying out and seasoned them.

A wrecked Schooner, one of the typical timber sailing ship of it’s time has remnants of kaolin oozing out of it’s hull, and the ship originating from Cornwall, the china clay being shipped from St Austell. They are likened to the ford transits of their time as they would have been used to carry anything needed.

View all posts by JANICE AFFLECK