The work came out of the kiln today.

The bisqued pieces didn’t vitrify, the screen printed flask with the clear glaze made the ink less sharp. I would love to try them in the university’s raku kiln.

The decals melted into the glaze but look shaky, rather than sharp. Low temperature decals next time.

The assemblage – structurally the pieces are fine, the glazing disappointing on the black clay as the glaze turned black. The layering is slightly visible on a couple of faces. I suppose I could be doing a series of glaze firings to layer. The glaze test on the white clay showed what the glaze was supposed to look like. The white clay looks better glazed. The slate samples on one face look quite good. I think they would look good on lighter clay, more visible.

I packed everything up ready to take to Bath. I’ve ingredients home to mix some print medium recipes.

Overall I’m happy with the pieces I have, I hope next month they develop more. 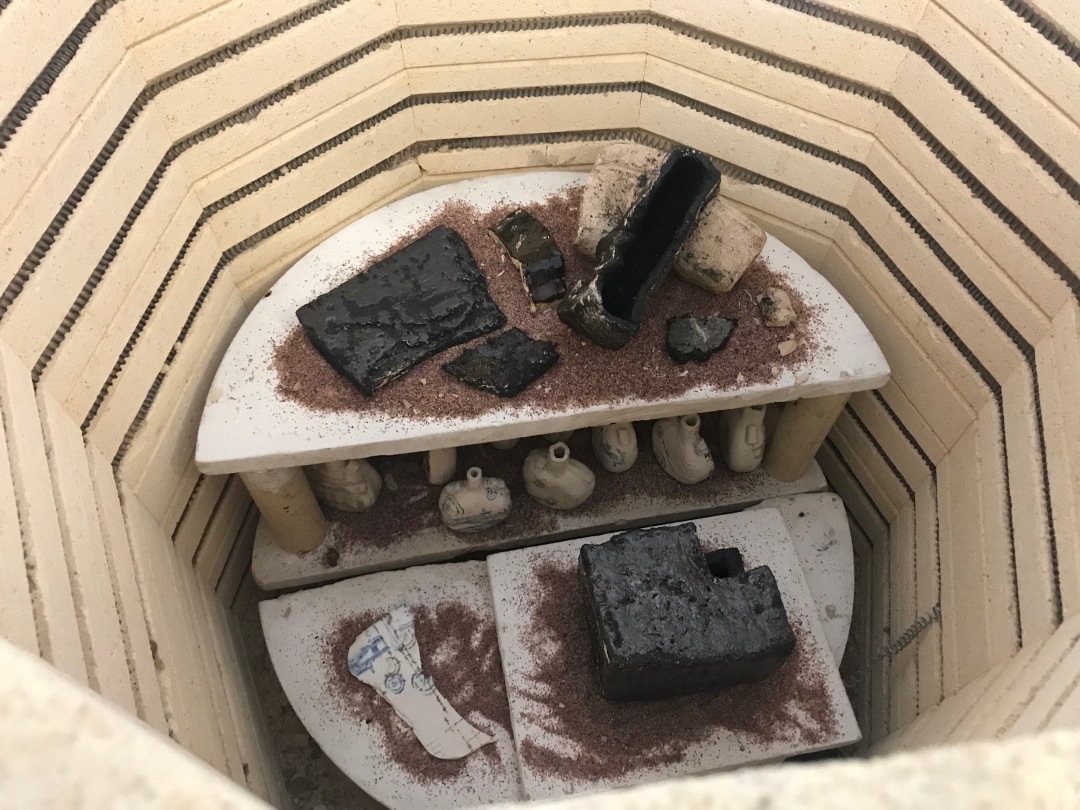 Some pictures of the assemblage

Some layering is visible in the glazing, but the green glaze merged with the iron stone rather than staying distinct. Some of the white clay that was applied as a slip at greenware stage is visible.

The slate dust is visible, and has held it’s shape. I may try slightly larger particles next time.

I left this piece unglazed, only the white and black slip applied at greenware stage visible.  The black clay turned a good black with this firing. 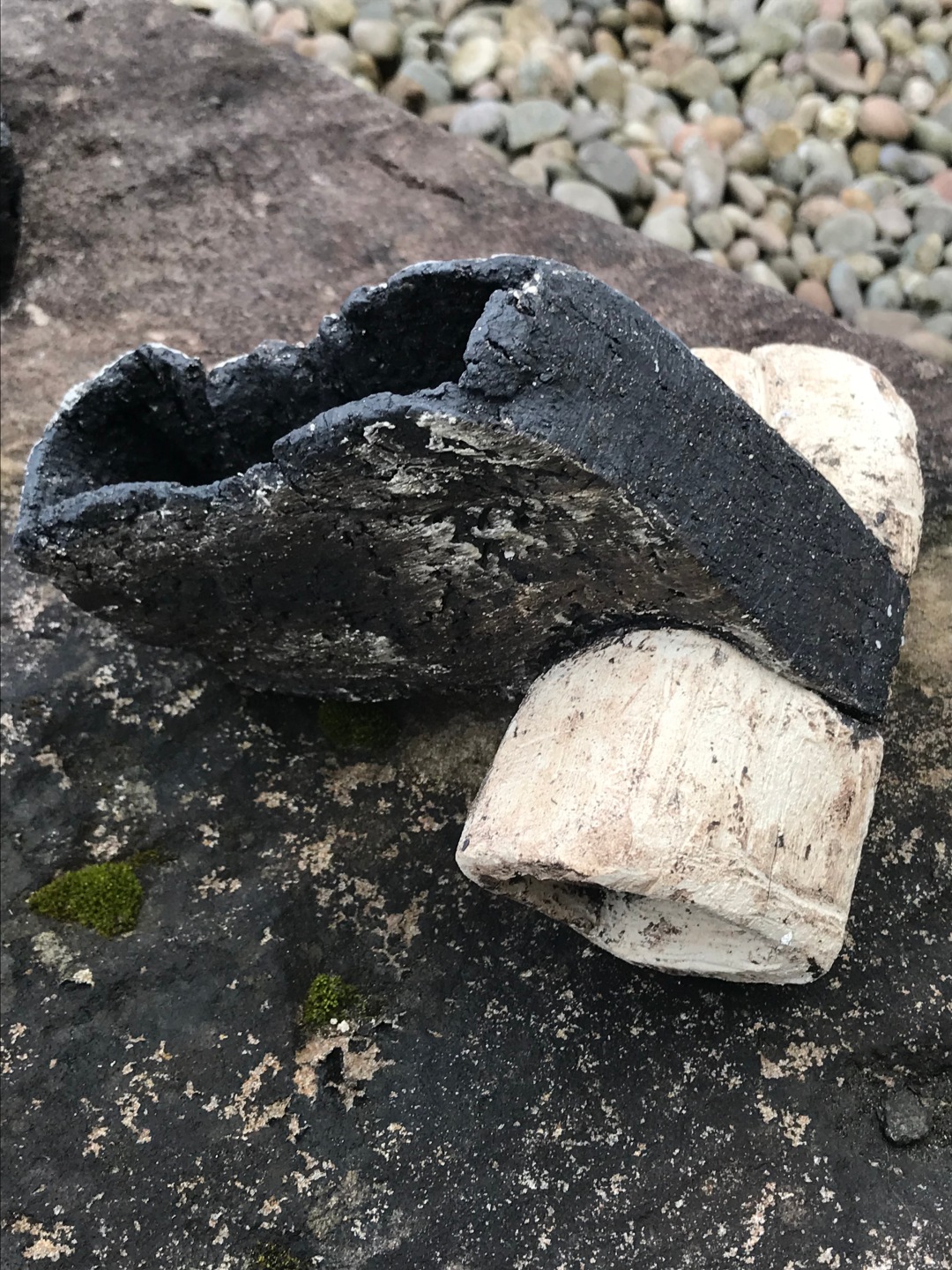 The texture of the stone that is photographed here echoes the black clay with the white slip.

I assembled the pieces, which can be glued together but I’ll keep them apart for the journey. 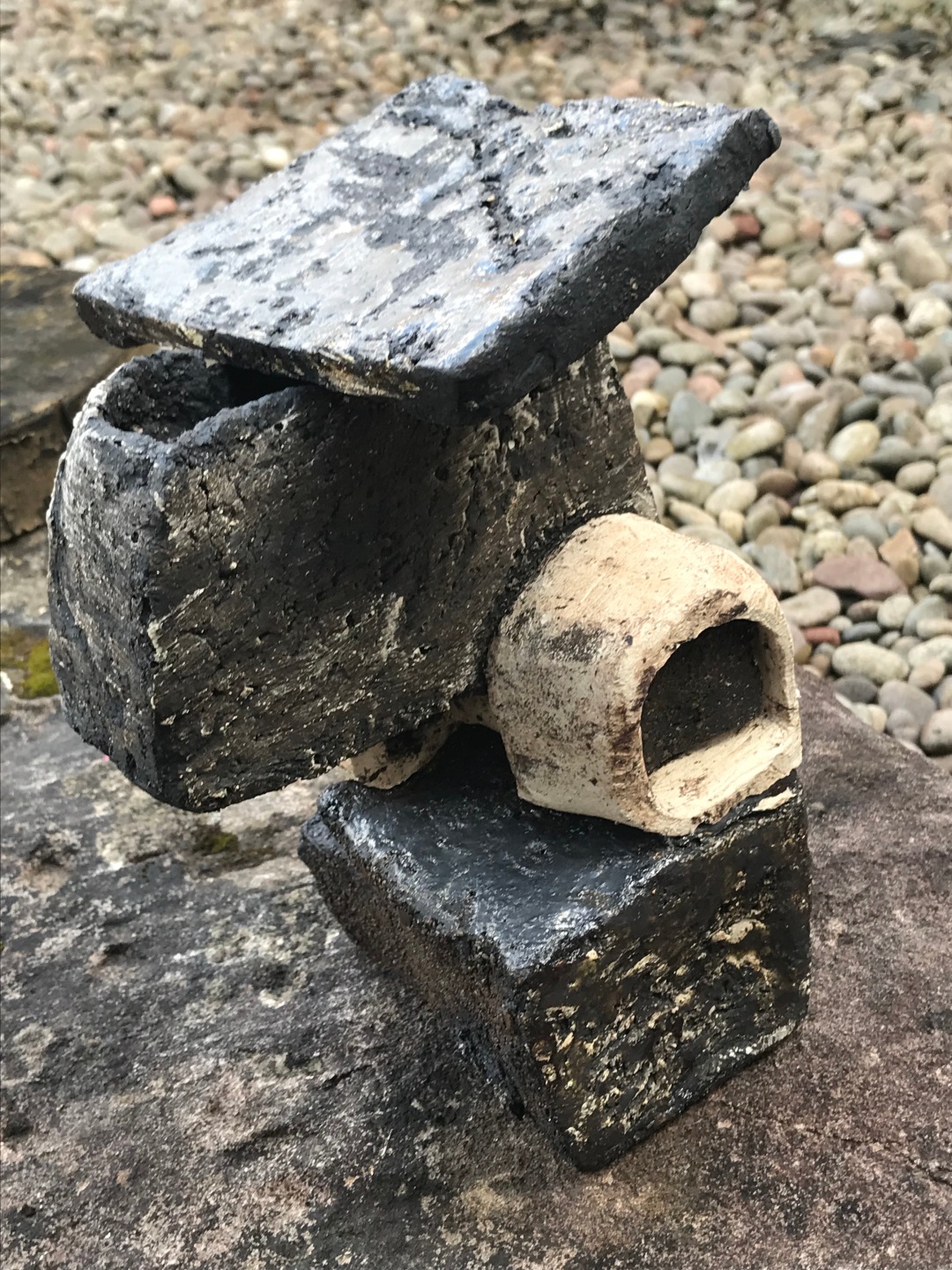 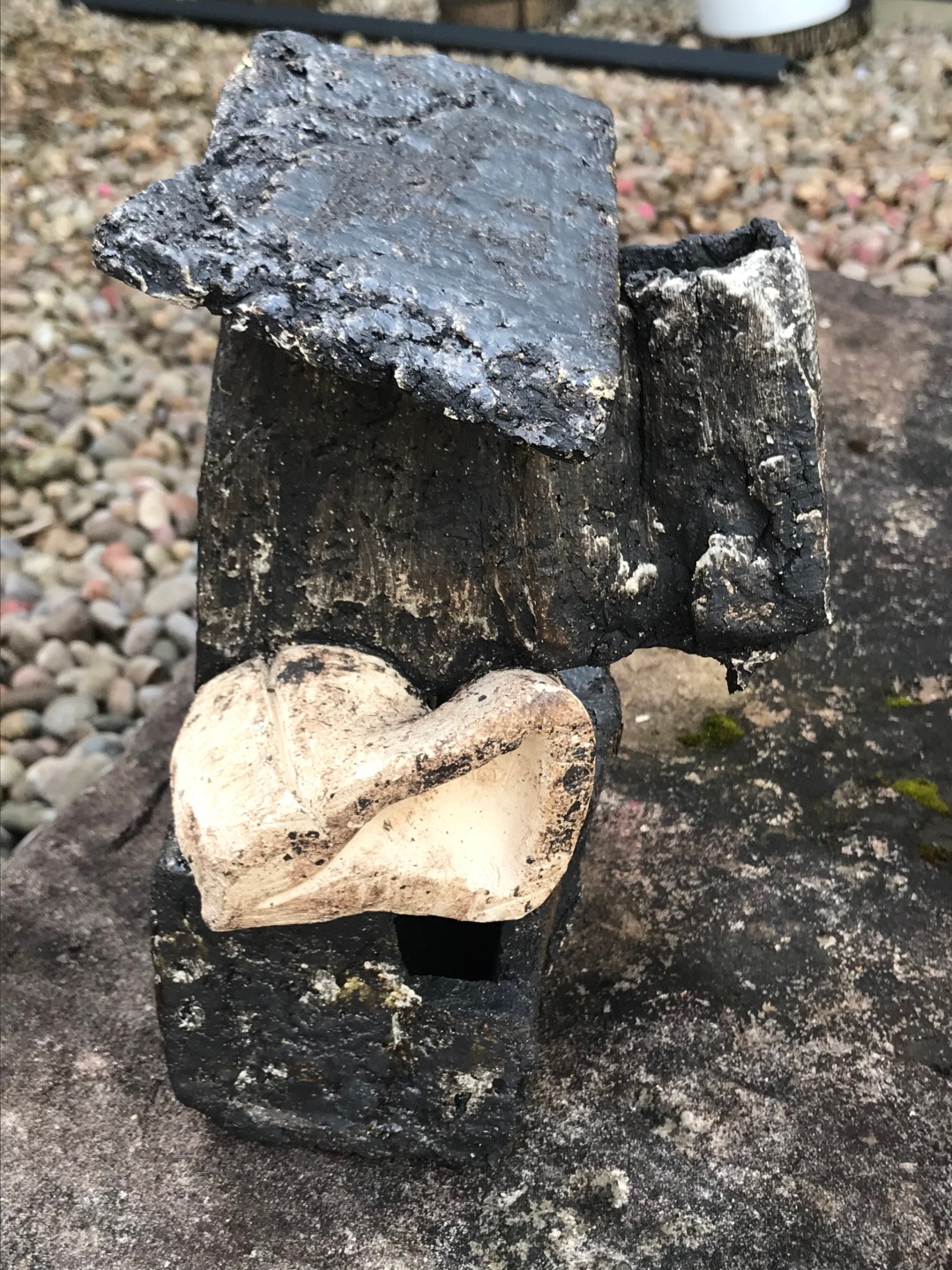 View all posts by JANICE AFFLECK